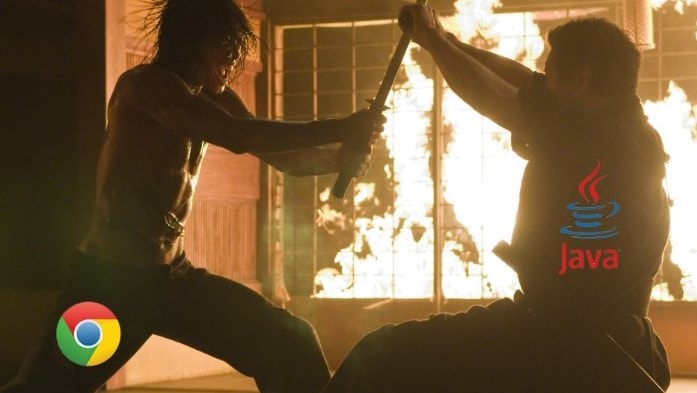 If you want to know the degree of tense between Chrome and Java, you can read in Google's websites this arrogant statement:

After the release of Chrome version 45, you’ll need to use an alternate web browser to load content that requires a NPAPI plugin.

Java, immediately, replied to that crap with:

We strongly recommend Java users consider alternatives to Chrome as soon as possible. Instead, we recommend Firefox, Internet Explorer and Safari as longer-term options.

Well, what the heck is NPAPI anyway?

It is an abbreviation for Netscape Plugin Application Programming Interface (NPAPI), a cross-platform plugin architecture used by many browsers and was developed by Netscape in 1995.

What is the problem with NPAPI?

Google says it is an older system that causes security risks on websites and many plugins where developed in the past using this system.

Anyway, Google has created its NPAPI, called PPAPI (Can't they find an abbreviation with vowels?). So, Google claims that it is more secure by not giving third party plugins the ultimate privileges and access to client's PC's (which is a solution to what NPAPI was used to expose).

Well, from my own commercial point of view, I think Google wants some dollars from Java, so it found that NPAPI problem. Who knows?

Nevertheless, until version 45 (the Chrome-Java-divorce version), you can still enable the Java plugin in Chrome by doing 3 steps:

3- Click Relaunch Now located at the bottom of the window.

Finally, this is a message to both companies:

Other article by the author: The biggest lie of 4G, commercially