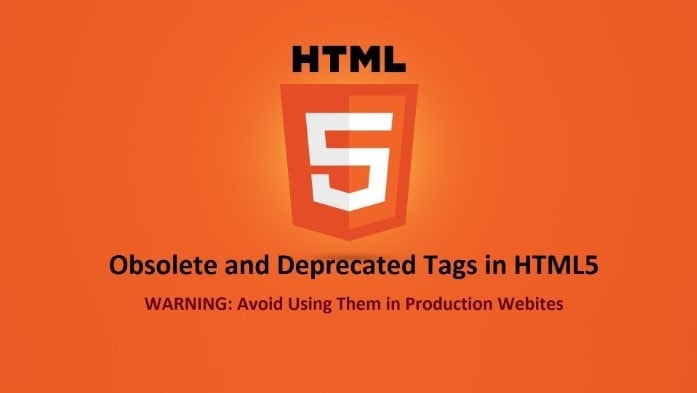 Obsolete and Deprecated Tags in HTML5

Obsolete tags are tags that have no support any more in HTML5 usually because they were replaced in favor of CSS and other new tags. You must not use them at all as they may not be parsed in modern desktop and mobile web browsers.  HTML validation tools identify them as errors.

Deprecated tags are tags that will be replaced in newer releases of HTML and thus will become obsolete. Validation tools will show warnings. Replace them to ensure future compatibility and modernity of your website.

Some tags were either obsolete or deprecated until HTML4 and they were either restored or redefined. Redefinition means giving them different or extra meanings:

So, what should I use instead of deprecated and obsolete tags?

All obsolete and deprecated elements have alternative elements. It is noted that the W3C general trend is to keep HTML language free from styling and animation elements for the favor of CSS. Additionally, some testing tools recommend not using hidden tables for screen layouts. Always use CSS for styling.